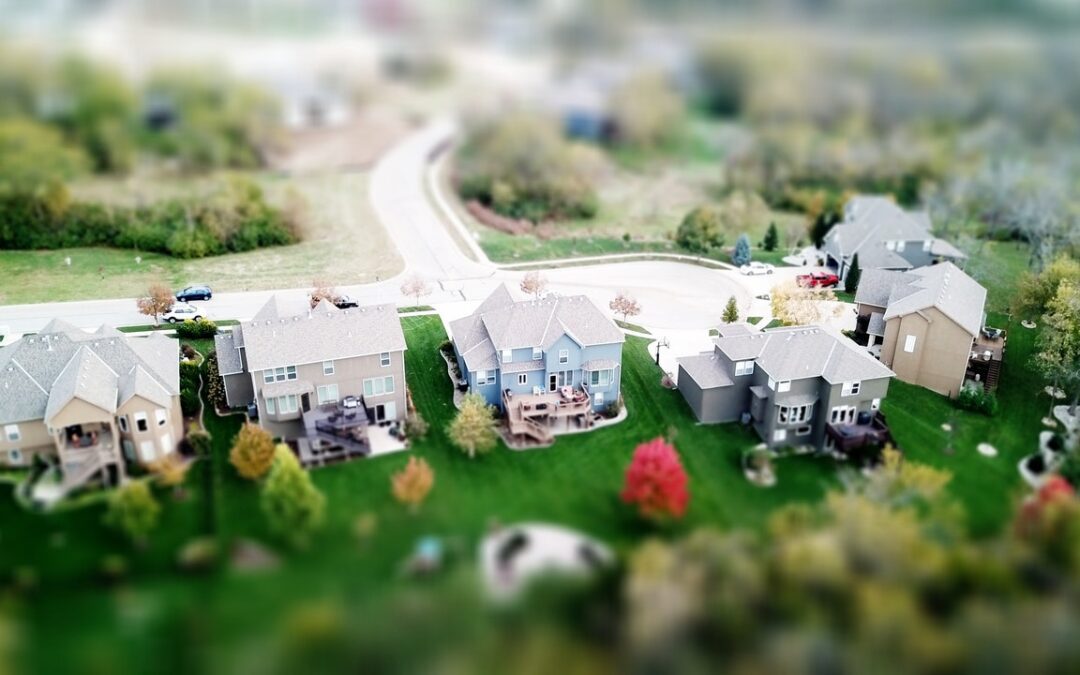 Over the recent years, many Canadian cities have seen significant inflation in home prices There are rising concerns about the ability of our young, first-time buyers to get onto the home ownership ladder.

There is some debate as to whether this is a result of a lack of supply or excessive demand.  While both contribute to this phenomenon, it’s important to better understand the respective contributions before we can start to identify possible solutions. This is the final of a three-part blog to explore these issues.  Part 1 first examined the case for insufficient supply; Part 2 considered the role and nature of demand.  Part 3 now concludes with a discussion of some policy options.

Part 1 highlighted the trends in new home construction compared to household growth and presented evidence to show that insufficient supply is not the primary cause of excessive home price growth. Although, there may be under supply in some local cases. It also suggested that it is not the quantity of supply that is significant; rather, it is the nature of supply. The required types of homes are not being built in the right places at the right prices.

In a market system, the market can and will produce housing for many. But the market cannot and will not produce for those lacking effective demand. There is a critical role for government to supplement the market by investing directly in the production of housing for key segments – including vulnerable groups that lack fiscal capacity and face discrimination in the market.

Rather than general supply stimulus, which will not necessarily improve affordability, Canada can address asserted supply shortages by investing directly in expanding supply where the market will not.  Public investment should be used to build permanent supportive housing that enables those with mental health and addiction challenges and who experience homelessness to secure affordable housing to receive necessary support and treatment.

Another priority should be to invest in building affordable rental housing operated on a non-market non-profit basis, to house groups that face affordability challenges and may experience discrimination.   Confronted with such barriers, these groups are unable to access existing lower rent housing. And for many low-income renters who are vulnerable to excessive rent increases, investment in enabling non-profits to acquire affordable existing rental assets can directly address affordability concerns and the risk of this stock eroding under the pressures of “financialization”.  This term refers to when capital funds and REITs acquiring existing moderate rent properties with the intent to raise rents and yields.

Part 2 then highlighted the issue the quality of demand (the high capacity to pay and to bid up home prices from super-charged purchasing power of a small number of buyers). It was suggested that the key is to contain or suppress this excessive demand capacity, which is driven in large part by a combination of low mortgage rates and by accumulated appreciation.

This raises the question of whether higher mortgage rates could help to suppress or slow price increases (as they did in the 1980’s). Recent data on inflation, if sustained, may cause interest and mortgage rates to rise.   This may have some impact in suppressing the excess capacity to pay.

Access to low-cost capital is important to stimulate investment in the economy and to contribute to employment and productivity. So, raising interest rates in general comes with many undesirable outcomes. But can residential mortgage interest rates be separated from interest rates in the general economy? There is some precedent for this.

In the 1950’s, the primary suppliers of mortgage finance were institutional lenders, especially life insurance companies. As well as government itself, CMHC provided much of the mortgage finance to enable home purchase, all on fixed rate 25-year terms. Canada’s charted banks were absent from residential mortgage lending until 1954, coincident with implementation of public mortgage default insurance via CMHC as authorized under the National Housing Act (NHA). Alongside mortgage insurance, and as a quid-pro quo for it, federal regulations fixed the permitted interest rate in NHA insured loans. This restriction was lifted in 1969.[1]

In 1969, legislative change introduced shorter, term mortgages. The expansion of mortgage lending by chartered banks was facilitated by changes in both the Interest Rate Act, and NHA regulations in 1967 that removed the then existing cap on mortgage interest rates for insured loans. The rate at which chartered banks could lend had been capped at 6%. Meanwhile, the interest rate for non-residential loans was higher and more attractive, while the cost of capital precluded them participating in mortgage lending at this capped rate. Once this cap was lifted, chartered bank lending rose dramatically from less than $1 billion in 1967 to almost $20 billion by 1980. NHA regulations also expanded lending authority to existing homes, rather than just for new homes (Goldberg 1983).

In short, federal regulations on mortgage lending activity substantially influenced the supply of funds, access to credit and ultimately the trajectory of home prices. At least, before these rises were curtailed by excessively high mortgage interest rates which by 1980 were exceeding 20% (for 5-year term).

If regulatory measures were used to expand credit in the 1960’s, can they not now be used to suppress access to and the cost of credit? Can the federal government regulate a minimum mortgage rate for purchase of existing homes for federally chartered lenders? Such higher rates would reduce the leverage capacity of households (although in a competitive market, as we saw with the stress tests, lending sources that are not federally regulated may step up their business).

At the same time, access for first time buyers (FTBs) could be enabled by an explicit exception to the minimum mortgage rate available to non FTBs. Such regulatory approaches should be explored and potentially designed to suppress excess leverage, while enabling access to FTBs that have not had the opportunity to accumulate equity. [2]

It was also highlighted, especially in the higher cost markets of Vancouver and Toronto, that high prices are sustained by the availability of large down payments.  Alongside lower loan-to-value ratios, which are facilitated by accumulated appreciation on pre-existing owned property (i.e., unearned windfall gains).

The suggestion to reduce leverage with higher mortgage rates on insured loans could potentially be offset by repeat purchasers using less loan financing and drawing on their large equity contributions for home purchase. To avoid this workaround, it would be necessary to reduce this equity capacity. This suggests confiscating some portion of the appreciated equity – which is effectively an unearned windfall gain to the existing owner.

One controversial approach would be to remove the capital gains exception on principal residence. This would tax back a portion (half the gain times the household’s marginal tax rate) of the gain, leaving a smaller net equity amount to fuel the next purchase. Many consider such a tax policy change to be politically untenable since two-thirds of voters are existing homeowners, as are most politicians. Recent polling also suggests that fewer than one-third of Canadians support such a tax.[3]

However, it should be noted that this tax treatment has not always been in place.  It was implemented only as part of broader tax reform in 1972. Arguably, its introduction is one of the factors that have contributed to the reconceptualization of homes as investments. De-commodifying housing requires reconsideration of its tax treatment.

This opposition to taxing these windfall gains could be mitigated by grandfathering some level of gain, for example some prescribed lifetime exemption.  Other countries, including the UK and US have gradually reduced the owner benefits such as the threshold on mortgage interest deductibility, so such reforms are not unprecedented.

Alternatively, rather than disrupt capital gains tax policy, a simple property transfer tax could be levelled against the vendor (currently at the provincial level a transfer tax is charged to the purchaser – which further negatively impacts FTBs, while the vendor retains the entire windfall gain). Replacing and expanding this with a sales tax levied against the vendor would be both fairer (paid by the proceeds of the sale) and more effective (in reducing capacity to drive up prices).

In setting a tax rate, this needs to be sufficiently high to confiscate a meaningful portion of the equity gain. As that is the piece that is fueling high home price buying capacity and exacerbating excess home prices.

Clearly these are controversial proposals. But if housing is accepted as a basic need and a right (as adopted in federal legislation in 2019), and if the idea of a home is prioritized over the concept of a house as an investment asset, such fundamental and controversial policies should be explored.

Without drastic action to curtail these demand side impacts, it is highly doubtful that any efforts to accelerate and expand supply will be able to slow or stall price growth, along with improving affordability and access for first-time buyers. Parents and grandparents that complain about how their children will be unable to enjoy the benefits of ownership are the gate keepers for more serious reforms. They can help make a better future for their children, but only if they give up some of their own windfall gains.

For the housing system to provide basic shelter to all, it is necessary to de-commodify housing and treat it as a necessity and right.

[2] While it is desirable to suppress excess demand, it is concurrently necessary to enable access of FTB. Constraining their ability to purchase leave excess demand in the rental sector and exacerbates rental affordability issues.